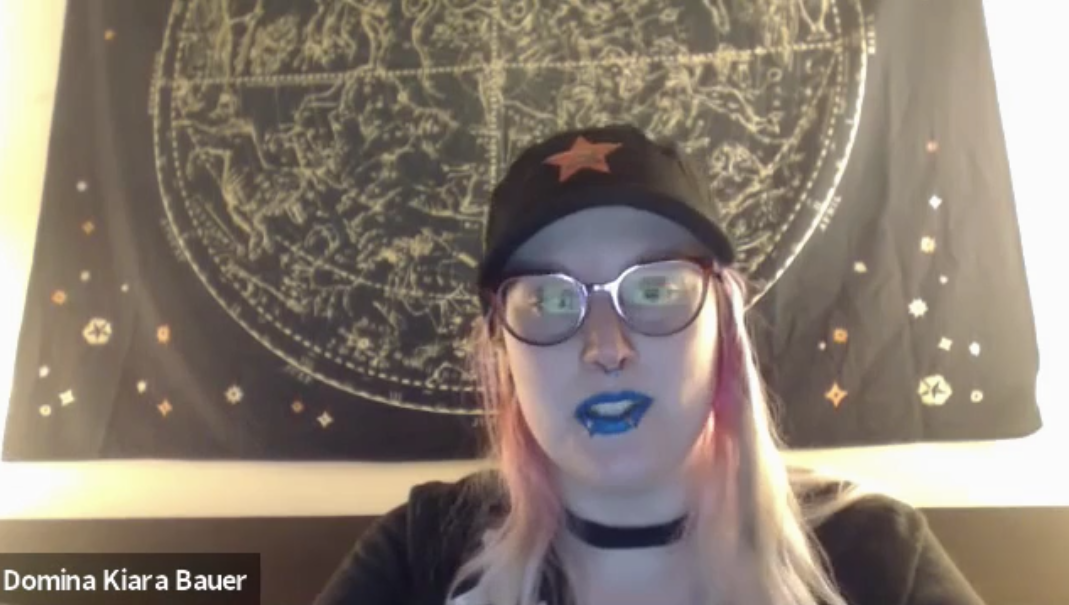 Ckiara and Mistress Domina Kiara The Freelance Journalist that wrote the STOP SISEA on Article on Medium: She is a Lefty Sex Worker and a Self-proclaimed “Bitch with many opinions”  We will chat it up about SISEA, FOSTA SESTA, Ab2389, and Sex Politics!
UPDATE FROM KIARA: SISEA was thrown out but only because of the lame duck’ period — meaning that nobody in the Senate wanted to put any effort into anything when there was so little time before the next elects were set to come in. It’s a win, but not a victory since another Senator (or even the same ones) could just come in and submit the same or a similar bill once everything is settled with the new crew of Senators. What SISEA Will Mean for the World of Sex Work and Internet Porn: SISEA (the Stop Internet Sexual Exploitation Act) was proposed by and will be voted on by Senators first. If passed, it will require ALL websites that host and make adult entertainment media available to follow certain regulations. What Websites Will Be Affected?
*Sites where sex workers like online Dommes make our money, such as OnlyFans, AVNStars,
*Pornhub, JustForFans, Niteflirt, Clips4Sale, IWantClips, etc.
*Adult webcam sites, such as Chaturbate and MyFreeCams
*Sites where sex workers advertise like Dickie Virgin and Findoms.com
*Mainstream sites that allow adult content such as Twitter, Reddit, and Fetlife
*Individual sites owned by independent sex workers such as Myself. EVERY single website of Mine will be affected, but I will most likely have to remove RateMyTinyPenis and BlackmailFetish completely.
*Personal and business websites for individual photographers who take and display artistic nude photos.
*Sites where hand-drawn, CGI, and cartoon pornographic images are available, such as FurAffinity and even art websites like DeviantArt…
Read More: https://dominakiara.medium.com/stop-sisea-if-you-care-about-the-adult-industry-sex-workers-or-just-enjoy-porn-a69b2573150c Thanks
www.ckiaranation.com
error: Content is protected !!